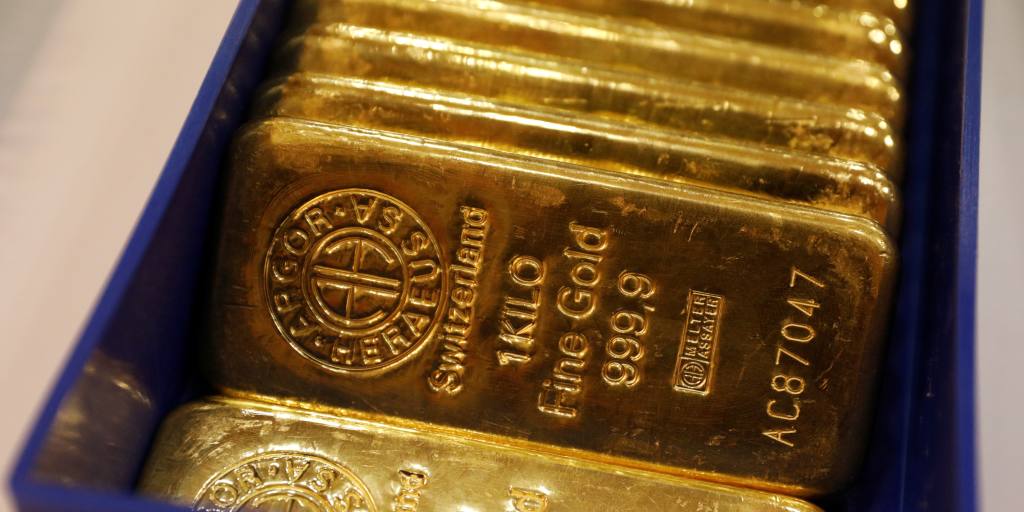 Gold traded in Shanghai is usually obtained at a “China premium” price of approximately US$18 per gram higher than the global benchmark. But the spread began to plummet on June 2, and the price is now in the discount range.

“It is generally believed that the strengthening of the Chinese authorities’ monitoring of money laundering will affect precious metal transactions, which has triggered a sell-off,” said Yuichi Ikemizu, chief director of the Japan Bullion Market Association.

On the Shanghai Gold Exchange, 1 gram of gold closed at 385 yuan ($60) on Tuesday. On Monday, the London market price discount was as high as $33.

The Shanghai Gold Exchange price has fallen 2% since its recent high on June 1, which is far lower than the 0.3% drop in London over the same period.

The price of gold in China has rebounded from the sharp drop in early 2020, when the strict coronavirus lockdown and economic recession weakened the demand for fine products. After China contained the epidemic, gold demand steadily picked up.

The spread in favor of Shanghai prices illustrates an impressive recovery. Around the summer of last year, due to weak demand, Shanghai’s discount was about $100, but around January, the price difference with London became a premium.

But the party ended on June 1, when the People’s Bank of China announced a draft amendment to the country’s anti-money laundering law. Not only do violators have to pay higher fines, but these rules also apply to participants outside of financial institutions.

Precious metal dealers and exchanges engaged in precious metal spot trading will be treated the same as real estate companies and accounting firms. This obviously prompted speculators to liquidate their positions on the Shanghai Gold Exchange.

But it is not clear how the proposal and subsequent price drops will affect China’s actual demand for gold and jewelry.

“If the price of gold exceeds US$1,900 per troy ounce, consumer purchases will slow down,” said market analyst Ituo Toshima.

Financial market factors such as U.S. interest rates and a stronger U.S. dollar are more likely to have an impact on gold prices in the short term. But in India, which is also an avid jewelry consumer like China, demand has fallen due to the spread of variants of the coronavirus. In the first half of this year, demand from China and India supported the price of gold, but these pillars seem to be at risk of rupture.

GlobalNewshttp://wpengine.com
This is the "wpengine" admin user that our staff uses to gain access to your admin area to provide support and troubleshooting. It can only be accessed by a button in our secure log that auto generates a password and dumps that password after the staff member has logged in. We have taken extreme measures to ensure that our own user is not going to be misused to harm any of our clients sites.
RELATED ARTICLES
Asian News

Started construction of a TTD temple in Jammu with a cost of 3.322 crore

Boris Johnson postponed Freedom Day for a month because he was worried that the blockade would be delayed, which made him angry

South Africa discards 2 million doses of Johnson & Johnson’s Covid-19 vaccine due to contamination at the Baltimore plant in the US – Health...

Apple and Microsoft said they did not know that the U.S....

Billionaire investor Bill Ackerman’s SPAC is close to buying a 10%...