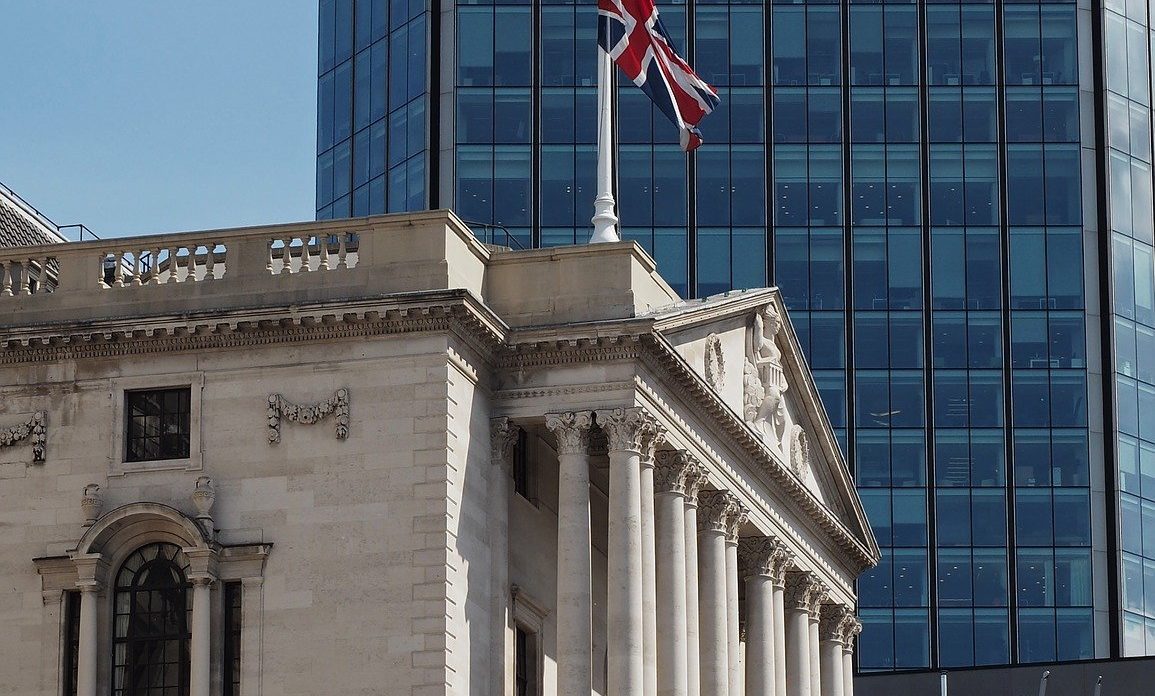 The Bank of England‘s (BoE) Monetary Policy Committee has voted to raise interest from 1% to 1.25% – marking its fifth rise in a row as it bids to offset the impact of rising inflation.

The Monetary Policy Committee voted by a majority of 6-3 to increase the rate to 1.25%, with the minority bidding to raise the rate further to 1.5%.

The increase comes as the BoE has increased its inflation forecast for the year with CPI inflation expected to be over 9% during the next few months and to rise to slightly above 11% in October. The increase in October reflects higher projected household energy prices following a prospective additional large increase in the Ofgem price cap.

Alongside outside pressures such as the war in Ukraine and the impact of the Covid-19 pandemic, the MPC also noted domestic factors, including the “tight labour market and the pricing strategies of firms”.

The BoE’s monetary policy summary also noted that UK GDP was “weaker than expected” in April, with Bank staff now predicting GDP to fall by 0.3% in the second quarter as a whole, which is weaker than first anticipated at the time of the May report.

The BoE said that UK-weighted global growth in 2022 Q2 is broadly in line with expectations, and that global inflationary pressures have remained elevated and oil prices have risen further. However, equity markets have ended the period lower, while short and longer-term government bond yields have continued to rise.

In addition, the unemployment rate was 3.8% in the three months to April and employment grew by 0.5%. The inactivity rate has declined a little over recent months, but is still higher than before the pandemic, according to the BoE.

The BoE said: “In view of continuing signs of robust cost and price pressures, including the current tightness of the labour market, and the risk that those pressures become more persistent, the committee voted to increase Bank Rate by 0.25%, to 1.25% , at this meeting.

“The MPC will take the actions necessary to return inflation to the 2% target sustainably in the medium term, in line with its remit. The scale, pace and timing of any further increases in bank rate will reflect the committee’s assessment of the economic outlook and inflationary pressures.”

Holidaying with your Hound – The Innocent Hound