Grilled Corn on the Cob (in husk + without!) 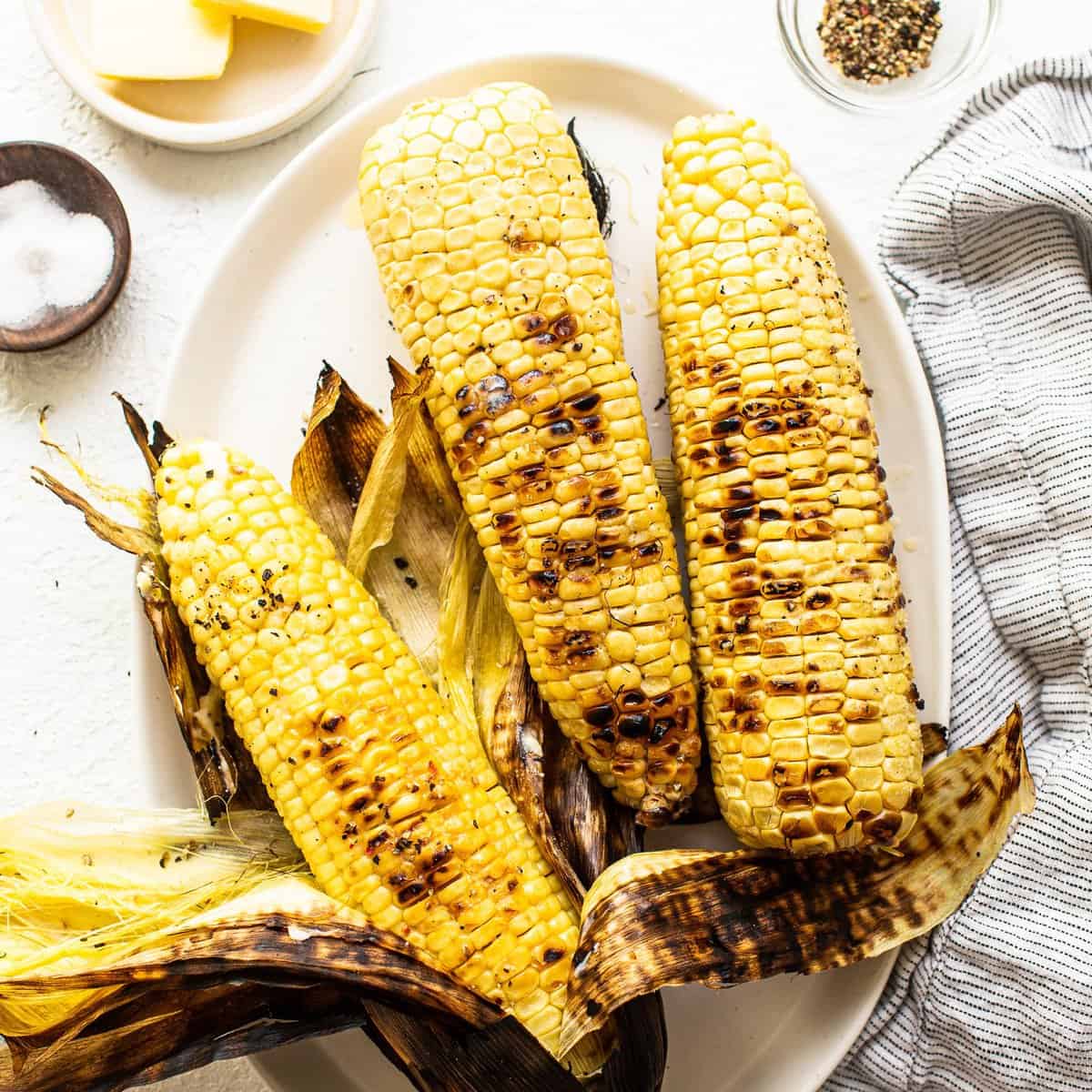 Learn how to make corn on the cob on the grill – 2 different ways – one in the husk and one shucked! You only need sweet corn, butter, salt, and pepper.

Corn on the Cob on the Grill

If there is one food that reminds me of summer it’s grilled corn on the cob! Wisconsin and Minnesota are large sweet corn suppliers and I’ve been eating corn since I could chew.

Grilled corn on the cob is by far the best way to make corn because it comes out so juicy with a hint of char. Today we’re teaching you how to grill corn on the cob both in the husk and already shucked. Both ways are great options and best served with butter, salt, and pepper!

Is it better to grill corn in the husk or without?

There is no right or wrong answer here and we love both options. By grilling the corn in the husk you are essentially steaming it and the corn cooks more evenly. But, if you grill it without the husk, it’s faster because you don’t have to soak it, and takes less time to cook on the grill.

Whichever way you prefer to grill corn, it will turn out amazing!

Why you’ll love it!

Sweet Corn: this recipe calls for 4 ears of sweet corn. Feel free to buy corn that’s in the husk (it’s cheaper this way) or shucked. Either yellow or white corn works, too.

We recommend buying sweet corn when it’s in-season which is late July through early September. When the corn is fresh, it’s juicy and perfect for grilling,

Salt and Pepper: salt and pepper are like the cherry on top. As always, to taste. 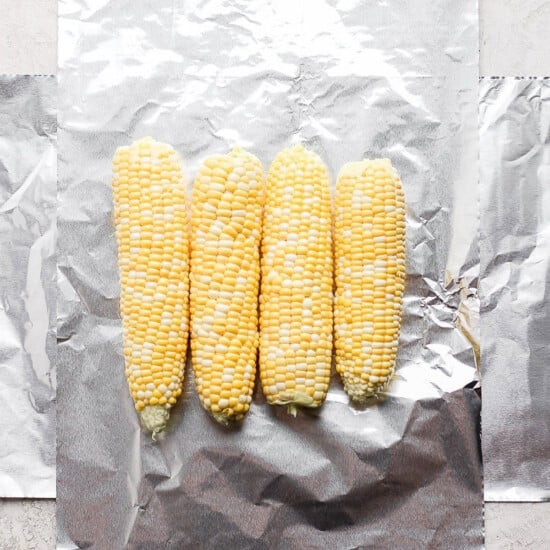 Grilled corn on the cob is a summer staple! Get perfectly cooked corn every time with this easy Grilled Corn in Foil recipe. Enjoy.

How to Grill Corn on the Cob

Grilled Corn on the Cob In Husk

Grilling corn in the husk takes a bit longer because you have to soak it, but it cooks more evenly.

Grilled Corn on the Cob Without the Husk

Grilling corn without the husk is quicker because you don’t have to soak it and it only takes 15 minutes.

Without the Husk: Grilling the corn without a husk gives you a little bit of a quicker grill with substantially more grill marks.

How to Get Grill Marks: If you’re looking for those epic grill marks, make sure that you’re grilling your corn over direct heat.

How long does it take for corn to get done on the grill?

Does corn on the cob need to be soaked before grilling?

We only recommend soaking corn before grilling if you plan to grill it in the husk. This will help create moisture and will allow the corn to steam easier.

How long does it take to grill corn on the cob in its husk?

Store leftover grilled corn on the cob in an airtight container such as a large, gallon-size bag in the fridge for up to 3 days. 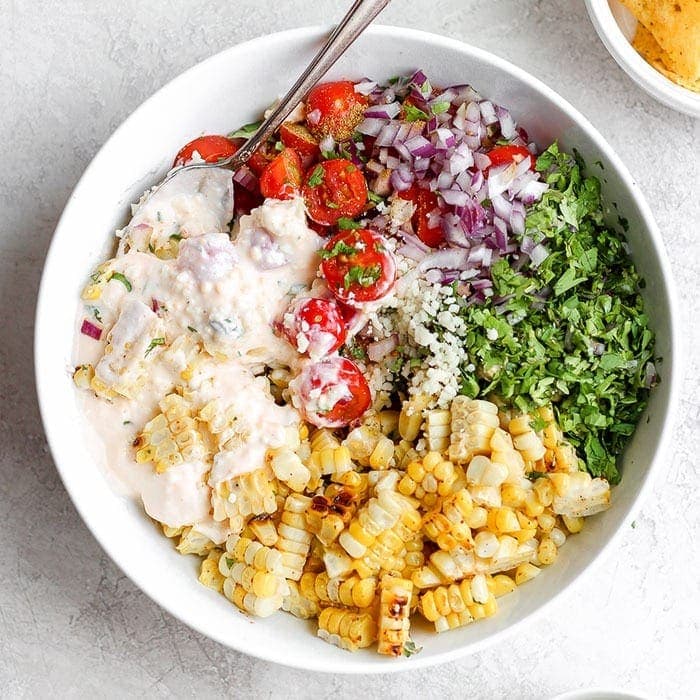 Photography: photos taken in this post are by Ashley McGlaughlin from The Edible Perspective.