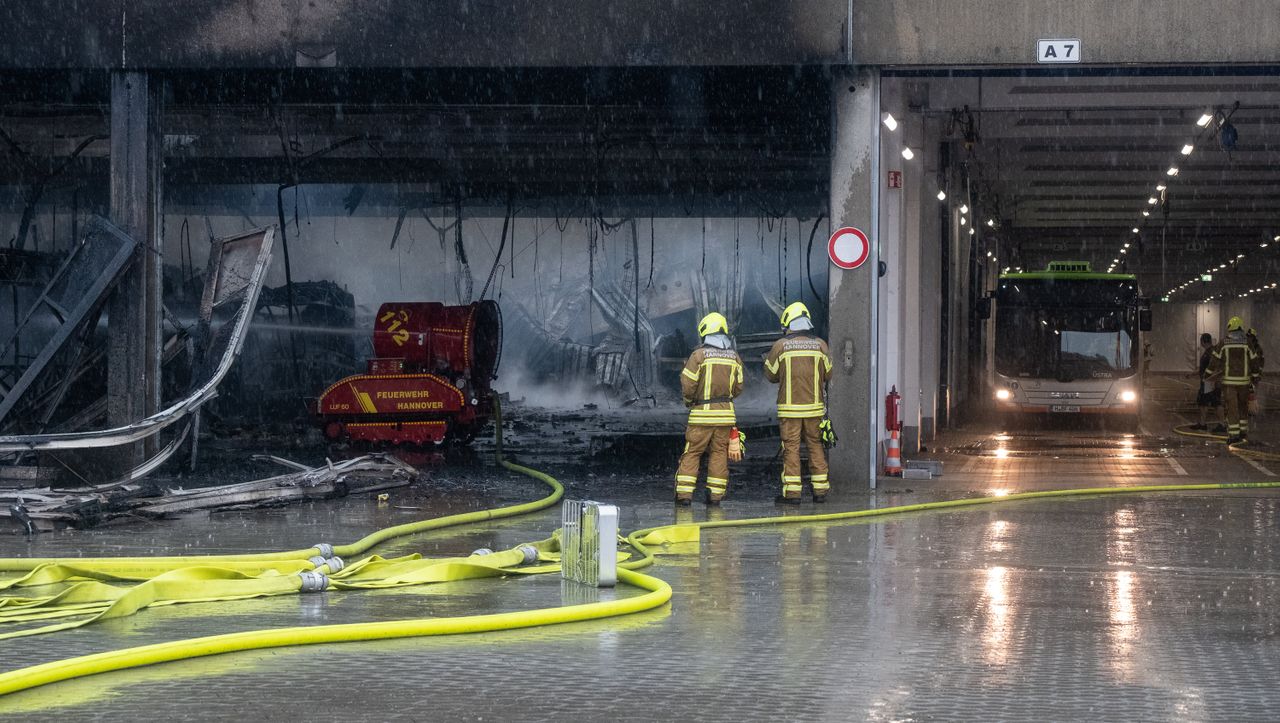 In the bus hall of the transportation company Hanover There was a fire on Saturday. According to a spokesperson, the losses amounted to millions. According to the fire brigade, 9 buses, including electric buses, were completely burnt down. The cause of the fire in the lobby of the Üstra transport company is not clear.

The fire brigade arrived with a large team and several turntable ladders. Fire department spokesman Hartmut Meyer said the fourth of the five alarm levels was triggered. According to preliminary information, no one was injured. In the afternoon, the fire was brought under control.

According to Üstra spokesperson Udo Iwannek, five of the nine buses are electric buses, two hybrid buses, one diesel bus and one coach. The charging infrastructure has also been destroyed. Ivanek said that, fortunately, a firewall blocked the flames. Therefore, about 25 other buses parked in the hall were not damaged.

Due to the battery, it is difficult to extinguish fire

The fire of the electric bus complicates the fire fighting. Fire department spokesperson Meyer said that the batteries in buses emit a lot of heat radiation. Therefore, it is difficult for rescuers to approach the fire scene. Halls in danger of collapsing are also at risk. The sudden downpour over Hanover helped rescuers.

Sometimes, a cloud of dark clouds appears above the Üstra field in the Mittelfeld district. People are asked to keep doors and windows closed. However, initially there was no information about pollutants in the air.

Due to the fire brigade, transportation companies in the Mittelfeld district were unable to go to several stations, such as Üstra Twitter Communicated. Ivanek said local traffic will not be restricted at the beginning of this week due to a vehicle fire. Then a spare bus will be used.