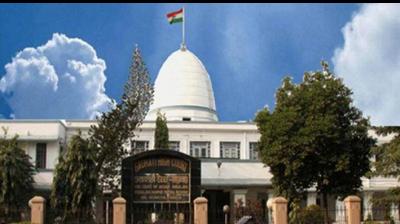 Judge Ajit Borthakur stated that based on all the evidence, there is a clear preliminary evidence against the petitioner

Guwahati: The Guwahati High Court granted bail to a student of IIT-Guwahati who was accused of raping a classmate, saying that both of them are “the future assets of the country.”

Upon hearing the BTech student’s bail application, Judge Ajit Borthakur stated that based on all the evidence, there was a clear preliminary evidence against the petitioner.

“However, with the completion of the investigation of the case, the informant/victim girl and the defendant are the assets of the future of the country. They are talented students studying technical courses at Guwahati IIT….Continue to detain the defendant…if charged If it is framed, it may not be necessary,” the command said.

The court stated in its August 13 order that both of them are very young—between 19 and 21 years old—and that they are from two different states.

It added: “Read carefully the list of witnesses quoted in the allegation list. This court believes that if they are released on bail, the defendant cannot tamper with their evidence or directly or indirectly affect them.”

Therefore, the High Court granted the defendant bail with a bail of 30,000 rupees and two guarantors.

The court also said: “It is worth mentioning that when handling the bail application, the court was not required to discuss the merits of the evidence that can be used to accuse the defendant. This has been well resolved in the judiciary.

“…But it is necessary to briefly explain some of the reasons for the preliminary conclusions reached during the bail period.”

On the evening of March 28, the defendant was suspected of raping a girl. The girl was rescued and admitted to the hospital the next day. The defendant was arrested on April 3.

The Orchid Show returns to NYBG on February 26th!