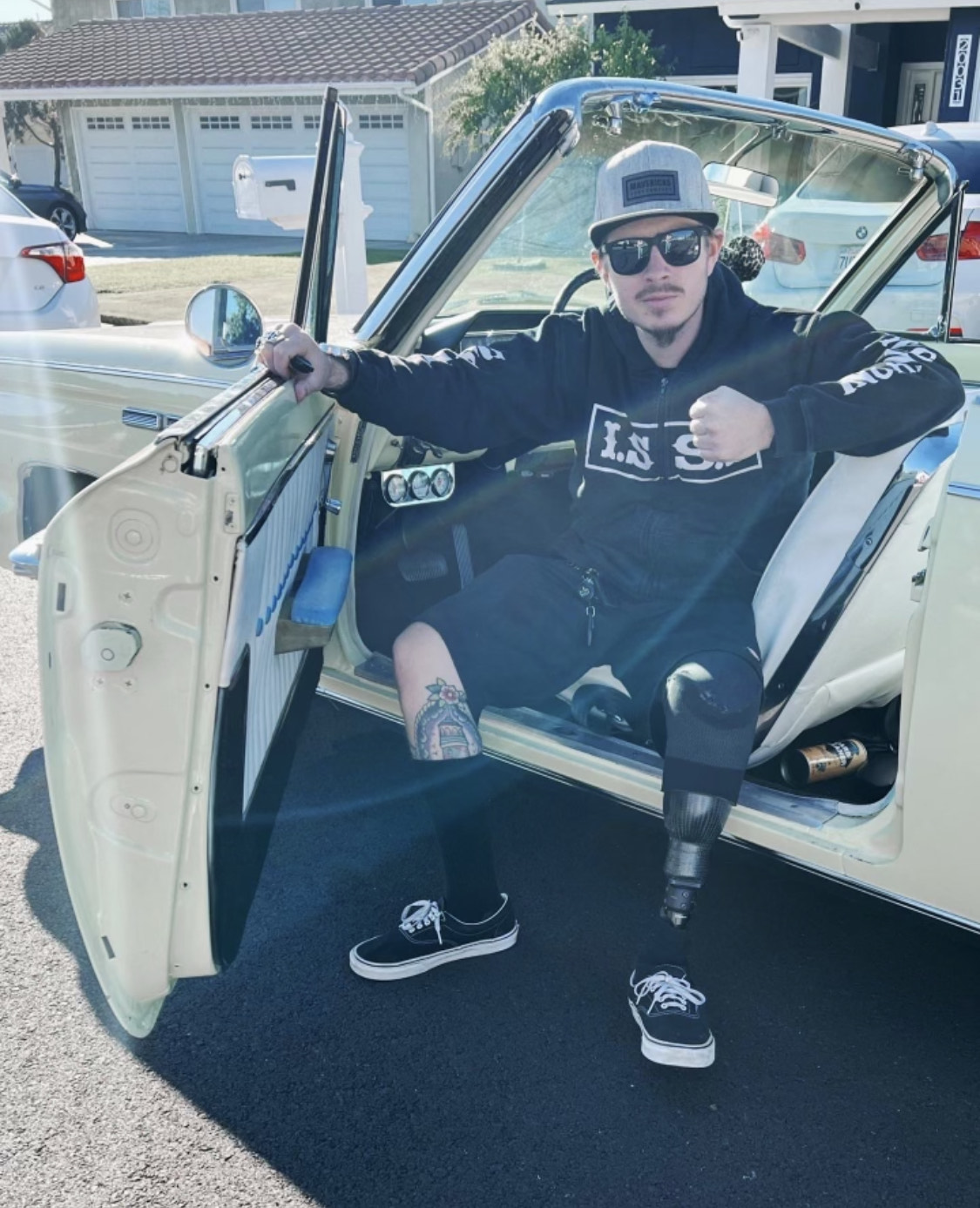 The National Highway Safety Administration states that motorcycles make up 3% of registered vehicles in the United States but account for 14% of road deaths. Mike Ball, a well-known figure in the motorcycle community, was almost included in the death toll when he was involved in a horrific motorcycle accident that changed his life. He continues to ride despite losing a limb.

At the age of 25, Mike Ball was involved in a near-fatal collision that dismembered his left leg. On the afternoon of March 6, 2021, Ball was driving toward Indianapolis Street in Huntington Beach, California, when a driver made a left turn from across the street and struck Ball.

Jeff George visualized the impact and then watched Ball slide down the street and onto a curb, narrowly dodging a tree. Knowing he had to act quickly, George used his belt as a tourniquet for Ball. Paramedics transported Ball to Orange, where he was admitted to the University of California Irvine Trauma Center.

Former paramedic Isaac Mandler said, “That spectator saved his life.” Mandler explained the medical procedure involved in traumatic amputations. “Any limb you go to the bone strong enough is in serious trouble,” Mandler said. “Because if you slit an artery, you’re done. It can take two to five minutes for an injury to bleed, so putting a tourniquet on the patient is a paramedic’s priority.”

While George doesn’t consider himself a hero, he’s grateful he was there at the right time. “Ball is the real hero,” he said.

Although Ball had health insurance through his employer and Cigna paid for most of his hospital bills and prosthetics, the financial hit continues to impact Ball’s life. From a six-figure amount to bankruptcy, he lives without unemployment and disability compensation. After graduating from Huntington Beach High School, he immediately began training in the marine industry. As a…