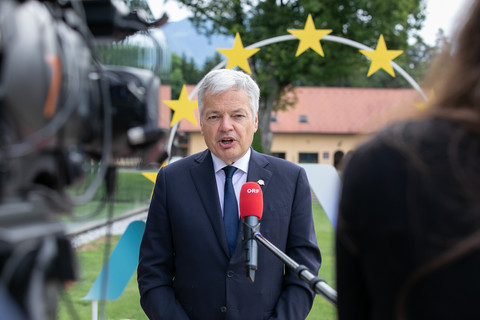 European Commission President Ursula von der Leyen will continue to the member states this week to “personally submit an assessment of the EU executive’s national plan for the recovery of Covid-19.”

On Monday (July 19), Von der Lein will travel to Prague to meet with Czech Prime Minister Andrej Babiš to officially approve his plan.

Previously, the committee’s own audit found that Babiš had violated the EU’s conflict of interest laws, and his company had to repay the EU subsidies received in 2017 of approximately 11 million euros. Babiš denied any wrongdoing.

Von der Leyen will be accompanied by the vice chairman of the committee, Věra Jourová, who is from the same political party as Babiš.

On Sunday (July 25), von der Lein will meet with Prime Minister Sebastian Kurz in Austria as part of her recovery plan.

At the same time, the committee has not yet commented on the approval of the Hungary plan, which has been postponed until the two-month deadline for the committee’s evaluation.

Hungarian Justice Minister Judit Varga said that after the promulgation of the so-called “child protection” law in Hungary, the commission had postponed the planned visit of Von der Lein to Budapest. The committee stated that the law discriminates against LGBTIQ persons and initiated related infringement procedures last week.

“It is also unfortunate that the committee conflated ideological positions with financial professional issues,” Varga said in a Facebook post on Friday.

“Hungary RRF [recovery and resilience fund] So far, the negotiations are progressing smoothly. Therefore, we do not understand why another ideological witch hunt is needed. Hungarians have the right to receive RFF funds because they work for it! “Varga added, adding that Hungary “will not allow LGBTQ activists among our children. This will harm the committee.”

A spokesperson for the committee said that the EU executive’s assessment of Hungary’s national plan is still continuing.

The committee is expected to release a new annual rule of law report on Tuesday (July 20), which will be the second annual assessment of the state of the rule of law in member states by the EU executive agency.

Part of it should serve as the basis for future actions against member states that violate EU rules and principles of the rule of law.

The European Commissioner for Justice Didier Reynders will publish the report, which may provoke criticism from Hungary and Poland.

The EU Affairs Minister will hold an informal meeting in Slovenia on Thursday (July 22). The agenda of the meeting will include the Rule of Law, Enlargement and the Future of Europe Conference.

EUobserver’s weekly agenda will be over the summer vacation. We will review what is going to happen in the EU in September.