The Polish Embassy did not sign the letter supporting the Budapest Pride Parade – EURACTIV.com 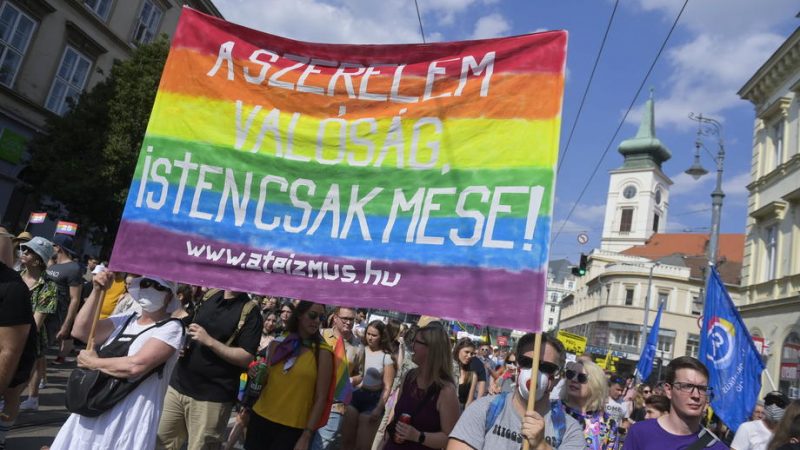 The Polish Embassy in Hungary did not sign a letter supporting the Budapest Pride Parade on Saturday, making Poland one of the five EU countries that have not expressed support for the Hungarian LGBTQI+ community.

Thousands of people marched through the streets of Budapest on Saturday. The event became particularly important this year as participants protested against the law banning “promoting homosexuality” passed by the Hungarian government a few weeks ago.

Some countries also expressed support for the demonstrations and opposition to the new law. About 30 embassies signed the document, of which 20 are EU member states. Bulgaria, Poland, Romania, Slovakia and Slovenia are obviously not included in the signature.

In addition to EU countries, the United States, New Zealand, the United Kingdom, Australia, Canada, Israel, Chile, Montenegro and Switzerland, as well as the Cervantes Institute, the British Council and other international organizations have signed letters of support.

Embassies and institutions “express full support for the lesbian, gay, bisexual, transgender, queer, and intersex community and their rights to equality, non-discrimination, freedom of speech, peaceful assembly, and freedom from violence.”

“Respect for the law and human rights is the foundation of a democratic country. We support the fight against hate speech, violence and discrimination faced by LGBTQI+ people,” themWrite.

The lack of signatures in Poland reflects the events of a month ago, when Prime Minister Mateus Morawiecki defended Viktor Orban on the European Council almost alone. One of the themes of the conference was the Hungarian Homosexuality Law, which links homosexuality and pedophilia.