The Search is on to Find ‘Huddersfield Ben’, The World’s First Yorkshire Terrier 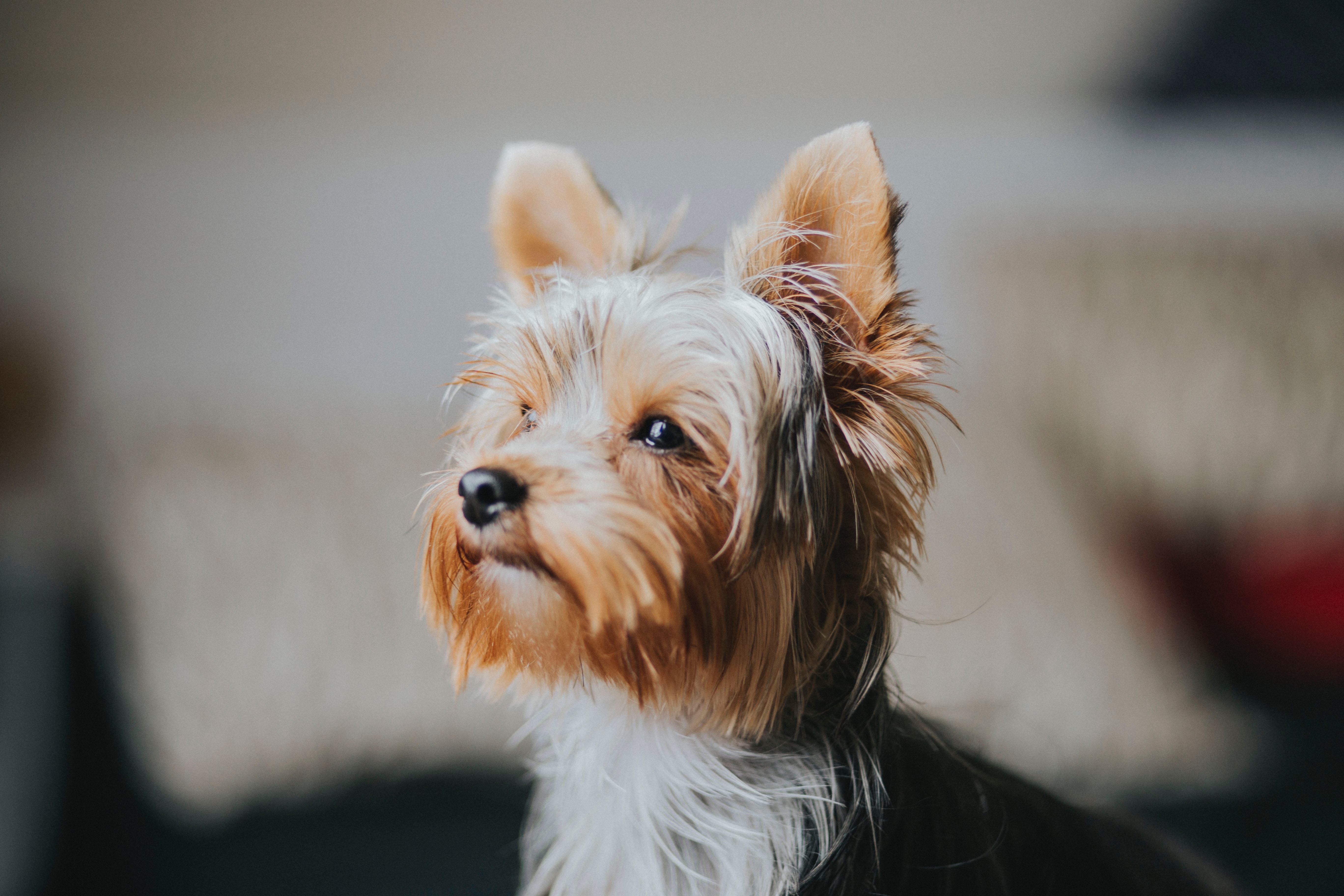 One of Ben’s descendents: Photo by Fernanda Nuso on Unsplash

A nationwide search to locate the taxidermied remains of reputedly the world’s first Yorkshire Terrier is underway, with the support of a pet rehoming website.

Huddersfield Ben’s life was cut short by a carriage accident in 1871, whereupon he was stuffed, placed in a glass case, and put on public display.

Last spotted between the wars on the mantelpiece of a pub in the north of England, the current whereabouts of Huddersfield Ben, an extraordinary piece of canine history, are unknown. There are now an estimated 1.5 – 2 million Yorkies worldwide (according to YorkieUniverse.com), and all descend from Huddersfield Ben.

Britons are being asked by the team at Pets4Homes to search their attics and garages to see if they are unknowingly in possession of a piece of British canine history, and one of Yorkshire’s most remarkable four-legged sons. Several museums in Yorkshire have expressed a willingness to exhibit Huddersfield Ben, should he be found. The search has been launched to coincide with DogFest, one of the UK’s largest canine events, at Harewood House, Leeds from 24th – 25th September.

Individuals in possession of taxidermied Yorkshire Terriers which they think might be Huddersfield Ben, or who have any information of his location, should submit images and information (and find out more) at https://www.pets4homes.co.uk/pet-advice/huddersfield-ben.html/

After his demise under the wheels of a carriage in Bradford in 1871, Huddersfield Ben was taxidermied and put on public display in a glass case. In 1990, the Huddersfield Daily Examiner could not confirm Huddersfield Ben’s whereabouts, noting that he was not to be found in the Tolson Museum, Huddersfield’s major museum documenting the history of the town and its people. Pets4Homes has expanded the search and found that he is not in the collections of other museums in Huddersfield or Bradford. 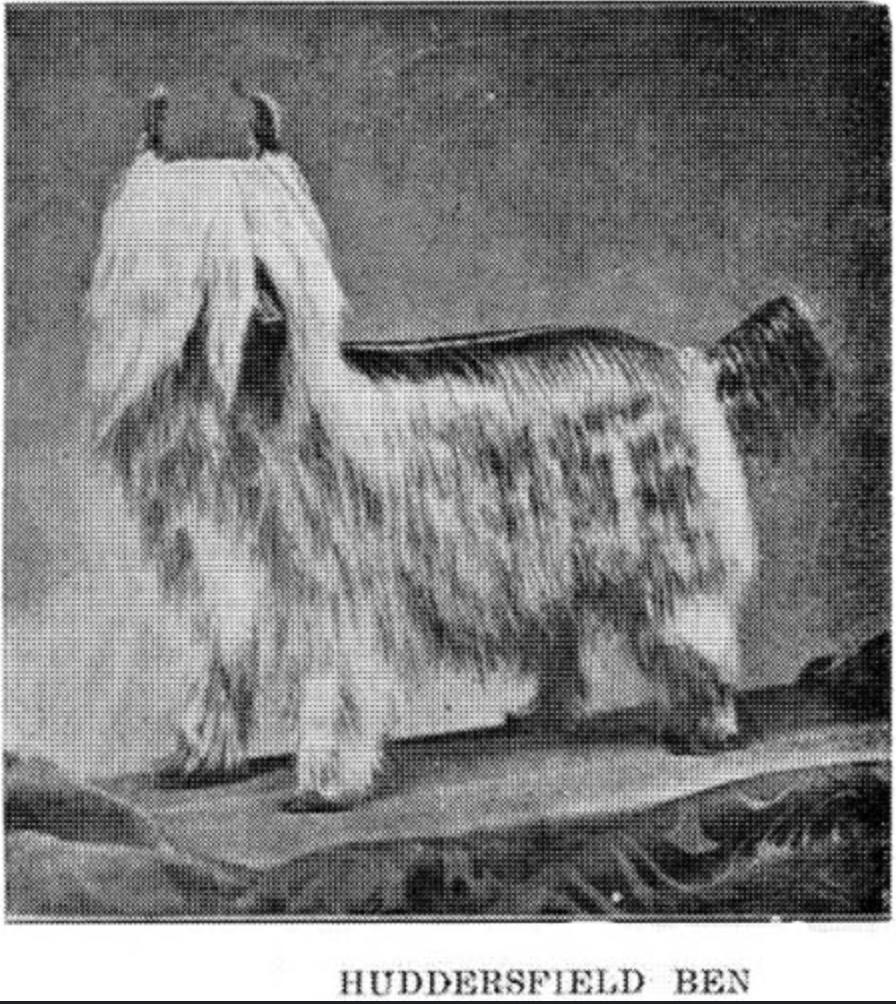 Dr Bryan Cummins, author of The Terriers of England and Wales: “The last written record of Ben is that he was in a glass display case. Huxham [in All About The Yorkshire Terrier, 1981] writes regarding the taxidermied Ben, ‘When she knew I was writing this book, Mrs. Edith Stirk told me …she knew a man who, when he was quite young – and he was then rather old – had visited a pub in the North of England where he saw the stuffed remains of Ben in a glass case on the mantelpiece.’” Cummins continues: “I am optimistic, and I think that Ben is out there somewhere – in that north of England pub, perhaps (I would like to think Ben is there), perhaps in a private collection, or maybe in a small regional museum – his significance not appreciated.”

He adds, “What matters is that we find him, for Ben is important not only in Yorkshire Terrier history and purebred dog history, but in British and human history. He is part of us and those of us fortunate enough to share our lives with a Yorkie know we owe him a huge favour, and that favour can only be repaid by finding him, wherever he is.”

Huddersfield Ben was born in 1865 and was owned by Mr and Mrs Jonas Foster of Bradford. One of the most famous dogs in Britain during his lifetime due to his success at multiple dog shows (first-place winner at the Manchester and Crystal Palace dog shows in 1870), Huddersfield Ben is known as ‘the father of the Yorkshire Terrier breed’.

Bryan Cummins PhD, author of The Terriers of England and Walescomments: “In the history of purebred dogs, few have had such a profound impact on their breed as Huddersfield Ben, the ‘founding father of the Yorkshire Terrier’. He is important for several reasons, perhaps the most significant of which is that he established what breeders call the ‘type’ for the modern Yorkie.” 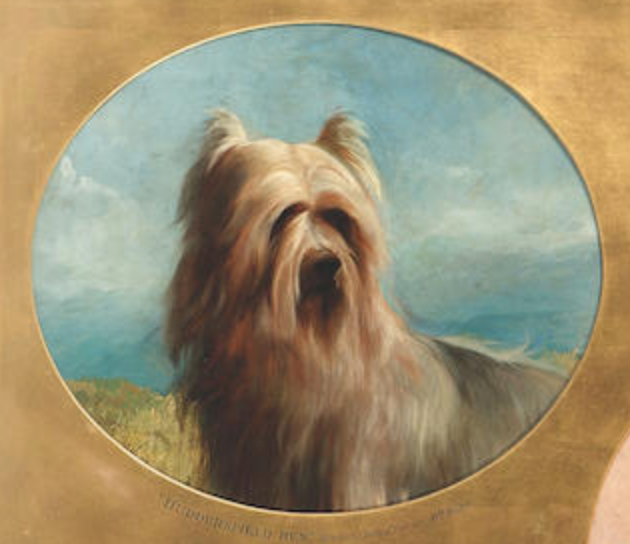 Holiday Bucket List to do with your Hound – The Innocent Hound