HomeElectionsWe cannot forget why we went to Afghanistan
Elections

We cannot forget why we went to Afghanistan 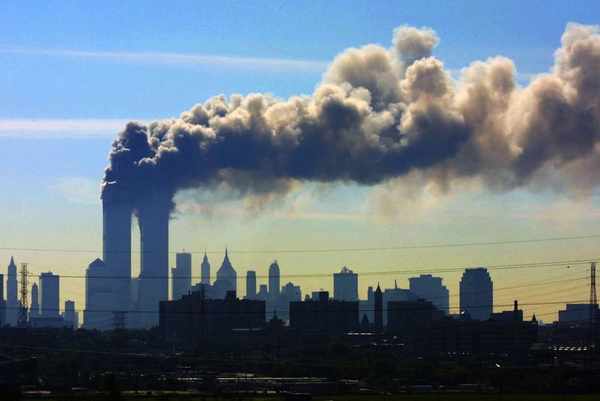 After Afghanistan fell into the hands of the Taliban, there was a lot of discussion about the lessons to be learned. There are many lessons, including the need for American leadership and the consequences of weakness.

However, it is also important to refocus on why we went to Afghanistan in the first place. These lessons are being forgotten, but their importance will only increase. The more they are ignored, the less the United States will be able to cheer up when it is truly dangerous, and our country and freedom will face greater risks. This national amnesia will have devastating consequences.

The vast majority of Americans (At least two thirds) No longer think that the war in Afghanistan is worthwhile. For the younger generation, especially those born after September 11, 2001, and those who go to school in the United States today, this percentage is definitely higher.

The new generation knows almost nothing and has no memory of what happened on that bright September morning. They don’t know the stories of their parents, husbands, wives and siblings who died that day. To make matters worse, they do not understand the enemy. Not only did they kill 2,997 innocent people, but they also hated everything that we and our country represent.

No wonder today’s students — and tomorrow’s leaders — don’t know why we are fighting a 20-year war on the other side of the world. However, the youngest generation and future generations should know: The United States went to Afghanistan because Afghanistan came to the United States.

The tyranny in Afghanistan came here in the form of 19 Islamic terrorists. They were out of hatred for the United States, and behind them stood Osama bin Laden and the al-Qaeda army that planned the attack from the security of Afghanistan. They are welcomed by another group of terrorists-the Taliban-and are protected by the sovereignty of their government.

Al Qaeda and the Taliban both despise American freedom and all of us who take advantage of this freedom. Protesting the freedom of our government to act and exercise the freedom of choice is one of our enemies’ most annoying things. They still do it, and they will always do it. What their extremist ideology demands is nothing more than the extinction of the United States and the submission of all mankind under their totalitarian interpretation of Islamic law.

This is why the United States invaded Afghanistan. We rightly believe that our mission is to protect the American people from further attacks from Al-Qaida strongholds protected by the Taliban, and these attacks are already planned. This is an act of national self-defense against those who waged a war against the United States. We should even realize now that Islamism will never stop trying to wipe the United States off the map. This fact has not changed, even though the American people have already acknowledged it.

We went to Afghanistan for the right reasons, and these reasons are entirely in the national interest. We should remember them. Although it is correct to question what has happened in the past 20 years, it is important that we encourage the next generation to ask the right questions. Why have we stayed for so long? How did the mission of defeating the Taliban evolved into the nation-building of Afghanistan? Why do we work hard to win? How did the surveillance tools we built to combat terrorists become more and more surveillance conditions targeting the American people?

The answers to these questions are important, and we should look for them and encourage students to do the same. However, we cannot at the same time fall into the abyss of degrading U.S. participation in Afghanistan as a whole. If we do not learn from our history, we will see more disasters caused by ourselves, just like the disasters that occur today on the streets of Kabul and elsewhere in Afghanistan. In the future, our way of life will face complex and deadly threats. Whether we have the courage and determination to welcome them remains to be seen.

Cultivating this kind of national willpower is a top priority for the country. It must start in the classroom and family. This is why my organization releases free education modules:”Understanding September 11, 2001.Designed to be used in middle and high school social studies courses, it gives students the opportunity to address the causes of these attacks and subsequent reactions.

In the days following the worst terrorist attacks on American soil, more work must be done to restore an understanding of our country’s actions. The upcoming 20th anniversary is a reminder of two decades of natural time, not just the U.S. troop withdrawal and the collapse of Afghanistan in the past two months. There are some truths there that deserve our renewed attention, especially since Afghanistan is returning to its state of September 11, 2001. The more citizens reflect on what happened at the time, the safer and stronger America will now be — and over the years.

Marion Smith is the President and CEO of Common Sense Society.