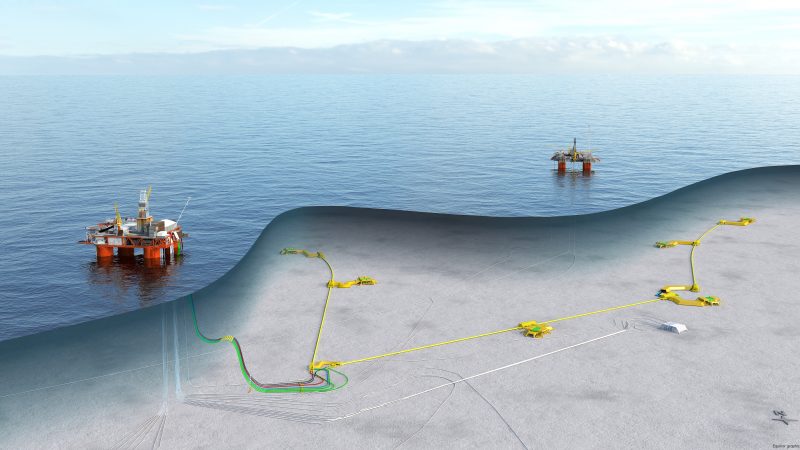 The large-scale deployment of cross-border carbon dioxide transportation and storage infrastructure is essential for the EU to achieve its 2050 climate goal. To this end, Dr. Graeme Sweeney wrote, all modes of transportation of carbon dioxide — pipelines, ships, barges, trucks, trains — and carbon dioxide storage should be included in the revised TEN-E regulations.

In order to achieve climate neutrality by 2050, it is necessary to make strategic investment decisions to significantly change energy-intensive industries. This will include industries such as cement, lime, steel and chemicals, which are at the core of the European economy and produce and manufacture products that are vital to our lives.

Carbon capture and storage (CCS) will play a key role in the transition of industry to net zero greenhouse gas emissions. For these industries, approaches including CCS represent the lowest cost approach to achieve decarbonization while maintaining industrial activity, protecting and creating employment opportunities.

The revision of the Trans-European Energy Infrastructure (TEN-E) regulation ensures that the EU’s energy infrastructure policy is consistent and consistent with the achievement of climate neutrality by 2050 as outlined in the European climate law.

Since the Commission’s proposal to amend the TEN-E regulation in December 2020, the Council adopted a general approach in June, and the Industry, Research and Energy (ITRE) Committee of the European Parliament is expected to The final report will be voted for later in the plenary meeting of the parliament.

Investment in shared cross-border carbon dioxide transportation and storage infrastructure is the ultimate European project. It represents a strategic and instrumental policy to maintain Europe’s welfare and climate-neutral economy and a future-oriented society.

The deployment of carbon dioxide infrastructure will allow industrial emitters from all corners of Europe to connect to permanent geological storage, where carbon dioxide will be safely stored without re-entering the atmosphere, thereby mitigating climate change.

As the Commission stated in the EU taxonomy and reiterated in the revised EU Emissions Trading System Directive (part of the Fit for 55 package), the transportation of carbon dioxide is expected to be operated by pipelines and ships.

As an important aspect of CO2 infrastructure and CCS projects, CO2 storage should also be included in the revised TEN-E regulations. It plays a vital role in achieving true climate change mitigation and is therefore worthy of funding as part of the carbon dioxide infrastructure. Enabling secure access to storage locations increases the possibility for more industrial carbon dioxide emitters to invest in projects, thereby reducing the cost of capture technology.

As more and more CCS projects on the European market are put into operation within this decade, there is a great need to support this progress. In addition, the role of CCS as an important driver for a cost-effective and fair transition to net zero must be considered.

It is critical to ensure political support for the five Common Interest Candidates (PCI) of the cross-border carbon dioxide infrastructure that will be operational by 2025. European policy makers.

Carbon dioxide infrastructure, CCS and hydrogen should be the core of a truly integrated climate-neutral energy system. Low-carbon hydrogen can decarbonize many energy-intensive industries, especially those that rely on high-temperature operations, such as steel production. Initially, the EU hydrogen economy will rely on a large amount of low-carbon hydrogen, requiring the development of cross-border carbon dioxide infrastructure.

According to the TEN-E regulations proposed by the committee in December 2020, the Parliament and the Council are now finalizing their positions.

Before the ITRE committee voted on the TEN-E regulation, it is crucial to consider the important role of carbon dioxide transportation and storage infrastructure for the EU to achieve its 2030 and 2050 goals. This includes helping to promote the decarbonization of energy-intensive and difficult-to-decarbonize industries in Europe—and the upcoming CCS projects in Europe.