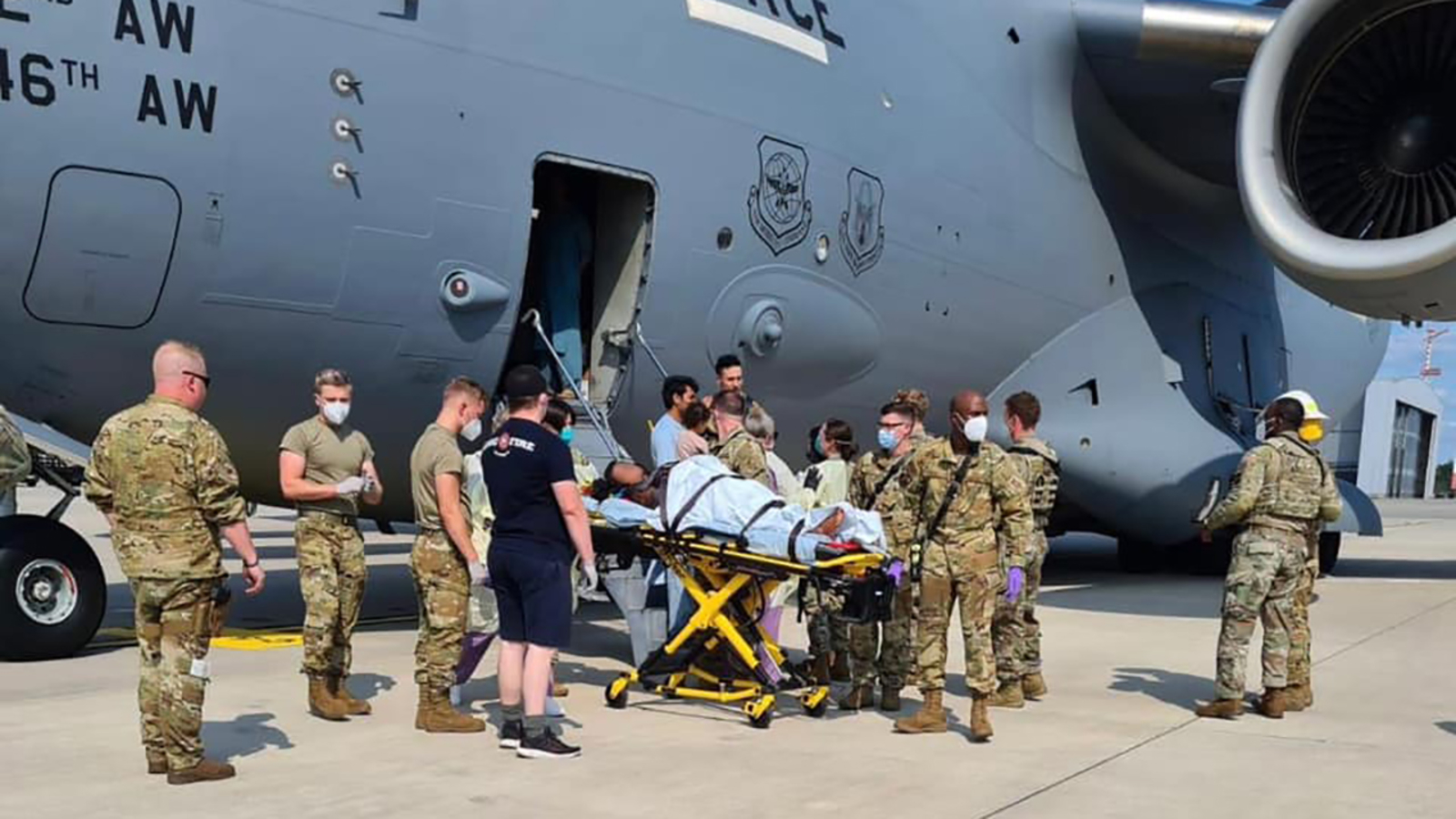 Ramstein, Germany-The US military said an Afghan woman gave birth on an Air Force C-17 plane flying from the Middle East to Ramstein Air Base in Germany.

The base was used as a transit point for people evacuated from Afghanistan.

The Military Air Mobility Command said on Twitter that the mother began to experience complications during Saturday’s flight.

Medical support staff from the 86th Medical Team helped an Afghan mother and her family leave the U.S. Air Force C-17 with the call sign Reach 828, and sent the child on August 21 after she landed at Ramstein Air Base in Germany Soon after the plane. (Continued..) pic.twitter.com/wqR9dFlW1o

It said: “The captain decided to lower the altitude to increase the air pressure inside the aircraft, which helped stabilize and saved the mother’s life.”

After arriving in Ramstein, American medical staff boarded the plane and sent the child to the cargo hold of the plane.

The military said: “The baby girl and mother were sent to a nearby medical institution in good condition.”

video: In the chaotic evacuation, the Marines dragged the baby through the barbed wire wall of Kabul Airport