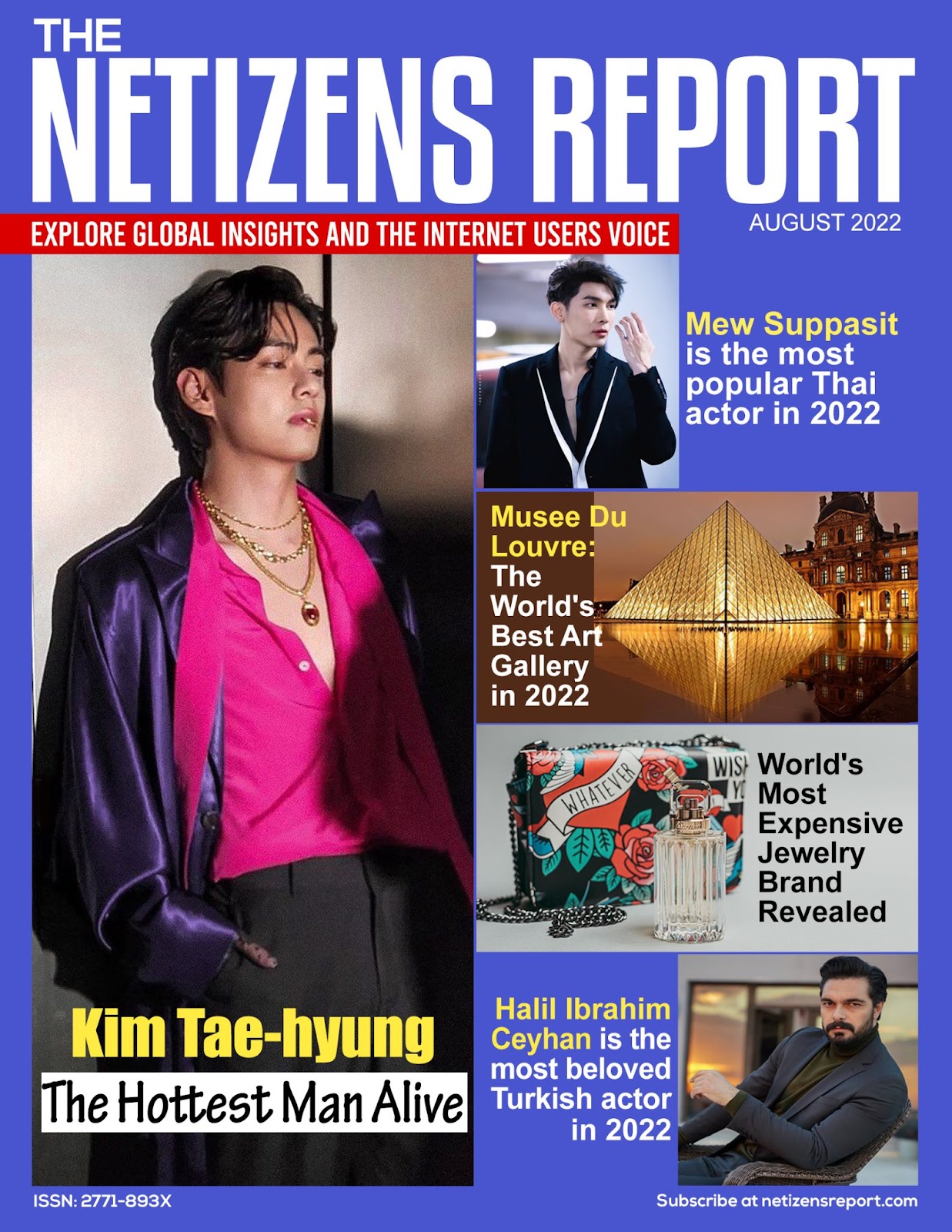 The biannual print series Opinion Report released the digital cover for the month of August and, lo and behold, it came with many refreshing titles, plus an additional big title on the cover, “The Hottest Man Alive”. Other cover titles that should spark interest include the unveiling of the world’s top art gallery, the world’s most expensive jewelry brand in 2022, and many more.

The main title for the month seems to be according to the cover the hottest man in the world a title bestowed on the famous South Korean singer Kim Tae-hyung aka BTS V. The article on the website revealed that the K-pop star was nominated alongside many other high-profile and sexy male celebrities who are most adored on the internet, the likes of Timothee Chalamet, Jason Momoa, Ryan Gosling, Jeon Jungkook and many more.

Kim Taehyung won this title in a public opinion poll organized by the publication, and it was hailed by the publication as fully deserved. The charming singer-performer has been dubbed one of the “thirstiest” celebrities on the internet. “If we take a closer look at the internet, we can clearly see that Taehyung is indeed adored by men and women, young and old, for his sizzling looks. In fact, he’s the sexiest man alive right now.” an excerpt from the Netizens Report Full article on the site.

According to findings from The Netizens Report, Harry Winston turns out to be the world’s most expensive jewelry brand. “Articles from the Harry Winston brand are not only sumptuous and opulent, but also strong and durable.” (Excerpts)

Turkish actor Halil Ibrahim Ceyhan was also featured on the cover of the magazine as the most popular Turkish actor in 2022 due to the devotion and love of the fans.

Mew Suppasit was also included in the issue of the month as the most popular Thai actor in 2022 based on netizens opinion report.