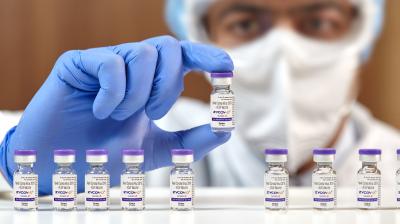 Zydus Cadila announced that, once approved, they expect to supply 50 million doses of the drug each month by December 21st

This Ahmedabad-based pharmaceutical company has obtained ZyCOV-D approval from the Director of Medicines of India (DCGI). ZyCOV-D is the world’s first DNA-based COVID-19 vaccine developed locally in India. The vaccine will be used in humans, including adults and children, for 12 years and older.

“By next week, the price of the ZyCOV-D vaccine will be clearer,” he added.

Since ZyCOV-D has received emergency use authorization (EUA) approval, the pharmaceutical company’s goal is to increase vaccine production to 10 million doses per month from October with the help of the new production plant.

“ZyCOV-D is a three-dose vaccine given on the first day, then the second dose on the 28th day, and then the last dose on the 56th day. This vaccine is approved for adults and adolescents over 12 years of age. “He said further.

“The company also plans to seek approval for a two-dose regimen of the vaccine,” Patel added.

According to Zydus Cadila’s latest press statement, they announced that once permission is obtained, they expect to supply 50 million doses per month by December 21st.

The managing director of Zydus Group said: “From October, we can expand the vaccine production scale of the new production plant to 10 million doses per month, and it is expected that by January 2022, we will supply 4-5 million doses.”

“The efficacy of the COVID-19 vaccine is more than 66%, and its efficacy against the Delta variant is approximately 66%,” he added.